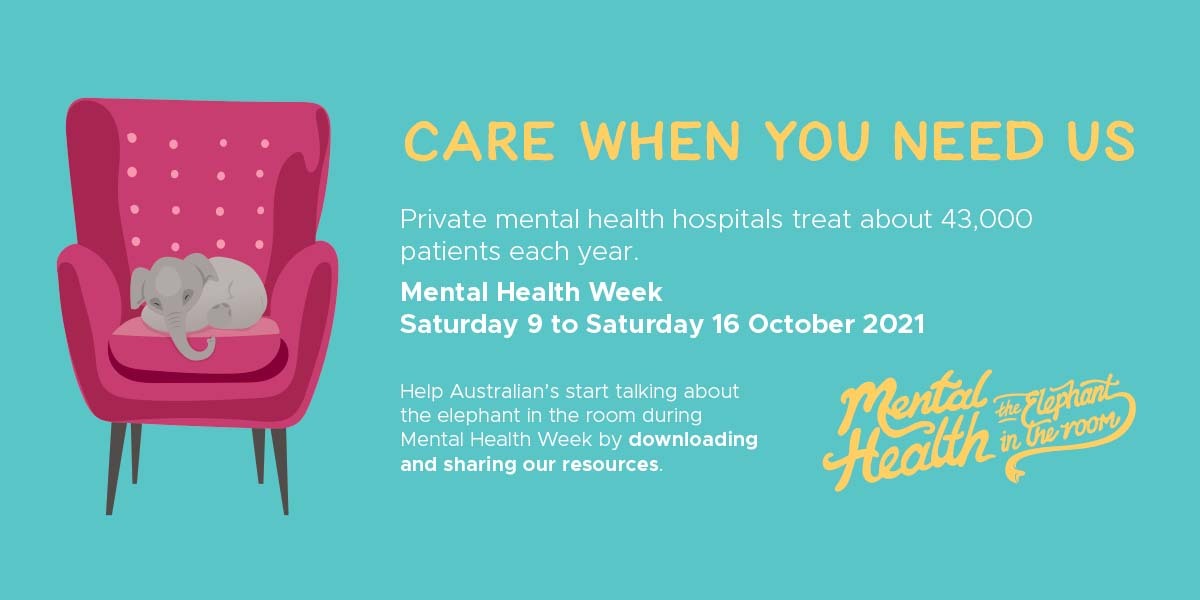 Mental Health: The Elephant in the Room

1 in 5 Australians will suffer from mental illness this year. It’s time to start talking about mental health – the elephant in the room.

One in four people will develop an anxiety disorder at some point in their lives, with about 13 percent of Australians having an anxiety-related condition. This equates to more than the entire population of Western Australia.

Mental and substance-use disorders are the fourth highest burden of disease in Australians, accounting for 12 percent.

For an issue that impacts so many Australians it’s time that we all start talking about mental health. Mental Health: The Elephant in the Room campaign aims to raise awareness of the prevalence of mental illness and encourage all Australians to speak openly about the issue.

How to start talking about mental health

If you have concerns that someone you know may have a mental health issue, it’s important to talk to them about your concerns.

Knowing what to say can be hard and you might worry that you will say something wrong. But showing that you are willing to talk with them and listen to them is very important.

You don’t need to know all of the answers. You just need to start the conversation.

I’ve noticed that you seem a bit down lately. Is there anything I can do to help you?

Encourage them to get some support by talking with their family or with a doctor or health professional. If you need more tips, beyondblue has great resources for supporting friends and family members.

Remember the important part is offering support but ultimately it is up to the person themselves to decide how they are going to get that support. Be patient with them. But if you are worried about their safety or that they are going to hurt themselves somehow, then you need to let someone know.

If you require urgent help for a mental health issue

Private hospitals are passionate about addressing mental illness and proud to make a vital contribution to the delivery of treatment for mental health disorders.